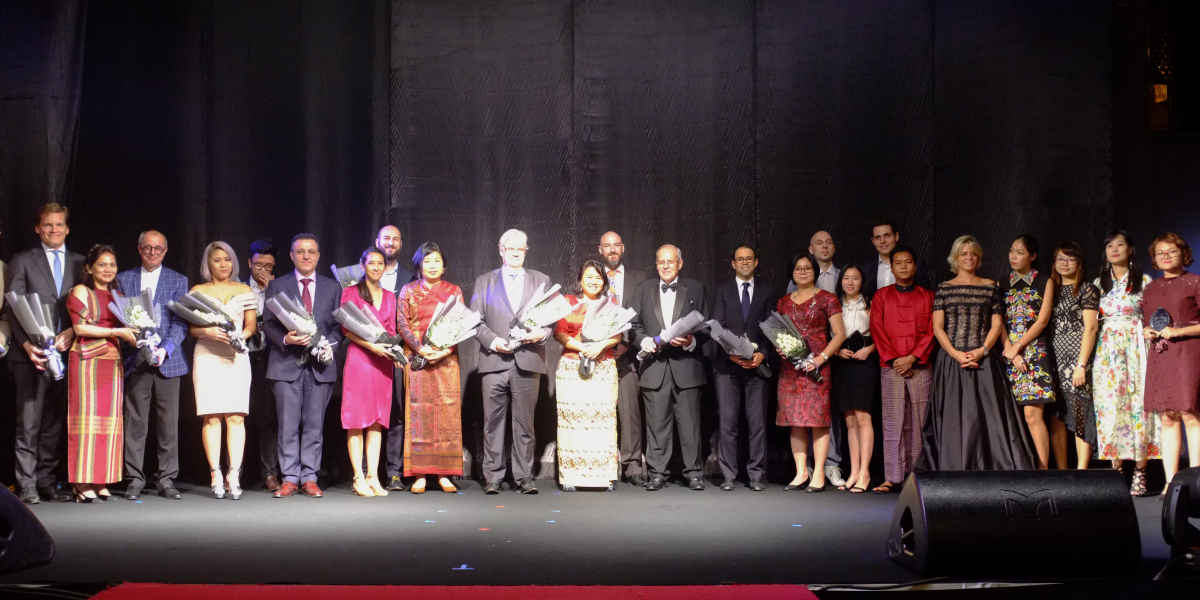 A company which has developed oral care products for betel chewers and a local travel agency which bucked the bad publicity over the northern Rakhine crisis topped the first Young Entrepreneurs Awards 2018 organised by the French Myanmar Chamber of Commerce (CCI France Myanmar).

Zingo, a company which has developed oral care products for betel chewers, which have passed clinical trials both in the United States and in Europe, was given the Innovation Award.  Zingo’s products could dramatically improve the health of people consuming betel, which is more popular than smoking cigarettes in Myanmar.

The Success Story Award went to Pro Niti Travel, a travel agency which has demonstrated great resilience and stamina in facing adversity and difficult times, and which has managed to become one of the best agencies in Myanmar according to grades on travel website Trip Advisor.

The Public’s Choice Award, chosen by voters on Facebook who had to select and “like” their favourite company on CCI France Myanmar’s page, went to the fashion and design brand Yangoods.

Meanwhile, the Innovation Award and the Success Story Award were chosen by a panel of eight professionals, who studied the files sent by the contestants and pre-selected six finalists. The jury then listened to their pitches and finally selected the winners just before the beginning of the ceremony last Friday. The judges dedicated much effort and time to make sure that the finalists and the winners met all the criteria and respected all the rules, before making their choice after careful consideration.

All the three winners will benefit from free services provided by CCI France Myanmar, Akhuka Productions and Golden Telecom (GTMH), in addition to the recognition that the awards provided them.

This event, which refers to the “Makers” movement of entrepreneurs around the world, hopes to support all the young people in Myanmar, who are struggling to create and develop their companies. These young entrepreneurs, spend all their time and the few resources that they have to develop their project, with very limited financial and material means, sometimes in isolation.

Christian Lechervy, Ambassador of France to Myanmar, led the ceremony held at a hotel in Yangon, during the Makers Night 2018.

The three awardees were chosen from among the 23 start-up companies operating in the country, which registered for the competition.

Guillaume Rebiere, executive director of CCI France Myanmar said they “decided to launch the Young Entrepreneurs Awards and to organise the Makers Night to promote them, to give them visibility, to help them communicate their ideas and find partners for their projects.”

“We truly believe that these dynamic and inventive young entrepreneurs are building a brighter future for the country,” he said.  “They are the ones making the Myanmar of tomorrow and they deserve our full support to overcome all the challenges that they face in their adventures.”

CCI France Myanmar organised the Makers Night in partnership with one of the leading incubators in Myanmar, One To Watch, which invited several start-ups to exhibit and present their projects to the participants of the Makers Night 2018. The event is only a small part of the services that the French Chamber has started to implement to support entrepreneurship in Myanmar. It is also offering training, organising networking events, and creating a Young Entrepreneurs Committee.