The published price is based on 10 person sharing. For less or more people, please contact us to provide a new price. Also, note that every tour itinerary can be customised based on special preferences. To save money and make new friends, join small group tours.

The published price is based on 10 person sharing. For less or more people, please contact us to provide a new price. Also, note that every tour itinerary can be customised based on special preferences. To save money and make new friends, join small group tours.

When you book with an account, you will be able to track your payment status, track the confirmation and you can also rate the tour after you finished the tour.
Sign Up
1318

Do & Don’t in Myanmar For Responsible Travel

The Mergui (Myeik) Archipelago is located in the far south of Myanmar and easily reachable by flying from Yangon to Kawthaung, the gateway to the archipelago. Alternatively, Kawthaung can be reached by flying from Bangkok to Ranong and then take a short ferry crossing over the estuary to Kawthaung. The region’s decades-long isolation and the absence of tourism meant that this large uninhabited archipelago remained one of the world’s best kept natural environments not tainted by property developments and the destruction caused by mass tourism. However, the Myanmar Government is slowing opening up this vast archipelago to tourism.

The archipelago is truly a gem waiting to be explored. Globerovers Magazine describes this region as follows: “Undiscovered and off-limits to tourists for a long time, this is what awaits you: An archipelago surrounded by brilliant azure sea waters dotted with hundreds of remote islands with pristine white-sand beaches lined with palm trees and covered in abundant wildlife in dense jungle. Swim amongst spectacular marine life, untouched corals, and seashells. Guarding this paradise are indigenous people of Malayo-Polynesian descent, an Austronesian subgroup of people. Meet the Moken, as they call themselves, or Salone, as they are referred to in Myanmar. They are also referred to as the “Sea Gypsies” or “Sea Nomads” and described in the romantic lexicon of Western writers as a quasi-amphibious race living in a tropical paradise.”

One of the most beautiful islands of the archipelago is the quaint island of Wa Ale at the most western edge of 48 km long Lampi Island. The only accommodation on Wa Ale Island is the brand-new Wa Ale Island Resort. The entire luxury resort was creatively constructed with local materials including river stones and reclaimed wood to minimize its impact on the surrounding environment. The Resort’s 11 luxury tented beach villas and three treetop villas overlook the beautiful beaches on its doorsteps. The restaurant serves Asian-Mediterranean cuisine created by a top British chef, using ingredients coming from the resort’s organic garden and local fishermen who are strictly required to use sustainable fishing methods.

Pro Niti Travel is honored to have been selected by Wa Ale Island Resort to take bookings for the guest arrivals from October 1st, 2018 when the resort officially opens. Note that the two to three-hour transfer from Kawthaung to Wa Ale Island is by luxury yacht which is an experience of what will be waiting at this luxurious resort. The yacht only leaves Kawthaung on Saturdays and Tuesdays at 2 pm and departs Wa Ale Island on Tuesdays and Saturdays at 8 am. While this luxurious transfer is included in the tour price, a transfer during non-scheduled days will incur an extra charge.

Join us on this incredible tour for a getaway of a lifetime at the incredible Wa Ale Island and the unspoiled Mergui Archipelago.

For more information about the Mergui Archipelago, read this ARTICLE.  To know more about the Wa Ale Island Resort, read this REVIEW

We welcome you to the land of glittering pagodas. On your arrival in Yangon, our friendly guide and driver will greet you at the airport and drive you to your hotel. We will start the sightseeing of the day in Yangon’s downtown area where you can explore on foot a range of old colonial buildings. We will visit Yangon City Hall which is centrally located in downtown. The building is a fine example of synthetic Burmese architecture, featuring a traditional tiered roof. It is close to several significant landmarks such as the Sule Pagoda, the Maha Bandula public park, the beautiful red-brick Supreme Court of Myanmar, and the Main Post Office which is another lovely old red-brick colonial building. After lunch, we will visit Chauk Htet Kyi, a 66 metres long reclining Buddha. We will also go for an interesting walk around Kandawgyi Park at Kandawgyi Lake and visit Karaweik Palace (known as the golden glittering “Royal barge”). We then will get great panoramic views of the highlight of the day – the grand Shwedagon Pagoda where we will spend sunset and the early evening. After this incredible experience at this massive golden pagoda, which reputedly contains between 9 to 60 tonnes of solid gold, we return to our hotel for a well-deserved dinner and rest.

Day 2 : Yangon to Kawthaung by morning flight and transfer by luxury yacht to Wa Ale Island

After breakfast at our Yangon hotel, we drive to the airport for our flight to Kawthaung, in the far south of Myanmar. Soon Wa Ale Island Resort will have a Welcome Center just 15 min drive from the airport and a 5 minutes drive from the jetty where we can relax while using the free WiFi and being served soft drinks, beer, wine, coffee, tea and lights snacks before we  board the Wa Ale Island Resort’s luxury yacht. The journey will take between two to three hours to Wa Ale Island. We will pass many beautiful jungle-covered islands of the Mergui Archipelago and you will soon realize that this is paradise! Upon checking in at the Resort, you can rest in your luxurious villa, or immediately start to enjoy Turtle Beach in front of the villas where you will notice the protected turtle nests. Enjoy a drink of your choice at the main pavilion where your hosts will brief you on what is to come for the next few days. You will be amazed! Once all the facilities are completed, you will have a choice to relax at the open-air beach restaurant & bar, the river cafe & bar, the dive & activities center, a spa, an exercise facility, and even a game & recreation center. Remember the Resort is full-board, where every meal is skillfully crafted by the award-winning British chef and his local team, using mostly produce from their local organic gardens and seafood carefully selected from the local fisherman who follow the rules of sustainable fishing.

Day 3 and 4 : Wa Ale Island and the surrounding islands and turquoise waters of the Mergui Archipelago

Your hosts at the Resort will discuss with you all the options available. Most activities are included in the tour fee (except for scuba diving which is an extra charge) and are tailor-made and personalized based on guests’ requirements. Among the activities you can choose from are boat trips to remote islands to meet the Moken people (also referred to as the Sea Gypsies), snorkeling the brilliant untouched coral reefs, swimming and body surfing at the long beaches right in front of the Resort. Kayaking and paddle boarding offer great opportunities to slowly move across the shallows that skirt the enchanted mangrove forests and up the small rivers to get a glimpse into the lives of the many small critters that live in these shallow protected waters. Once trails have been laid out we can go hiking in the dense jungles for bird and wildlife spotting. You may come across the cute spectacled leaf monkeys, gibbons, the Sunda pangolin, pythons, monitor lizards, oriental small-clawed otters, lesser mouse-deers, monitor lizards, civets, chevrotains, gibbons, and many more. Watch out for the scampering crab-eating macaques foraging for crabs on the islands’ rocky shores. Among the most unique birds are the plain-pouched hornbill, Wallace’s hawk-eagle, white-bellied sea eagles, crested partridge, red-throated sunbird, brown-winged kingfisher, Pacific reef herons, emerald doves, and more. However, remember that wildlife does not come and present themselves to the tourists so it may take some effort to see them and with luck, we will get awarded. Bring along your best camera and lenses. If at any time you prefer to just laze around your lovely tented villa, or spend the day aimlessly wandering around the endless beaches where your footsteps may be the only ones on the beach, then just do that. Turtle Beach is right in front of the villas but feel free to take a 20 to 30 minute stroll over to the kilometer-long Honeymoon Beach or ask for a short boat ride if the walk is too much exercise.

While you are in paradise, don’t forget to drop by the bar for a refreshing drink and try never to miss one of the three sumptuous meals served wherever you want it to be served!

Day 5 : Transfer to the Kawtaung jetty and airport for the flight back to Yangon.

Get up at sunrise and go walk for the last time on the long sandy beaches in front of the Resort. Today is your last day in paradise. After another sumptuous breakfast, we check out and make our way to the yacht for the trip back to Kawthaung. Have another frosty drink as we sail past the many forested islands. Have a last laugh with the friendly staff of the Wa Ale Island Resort. As you say your goodbyes at the Kawthaung jetty, you will look back at the Wa Ale Island yacht and with a tear in your eye proclaim this as one of your best trips ever to one of the most unspoiled parts of the world. Money well spent indeed. Pro Niti Travel and the Wa Ale Island Resort truly created travel memories never to be forgotten. I bet you will return to Wa Ale!  We will overnight in Yangon, and maybe for the last time stroll the interesting streets of this amazing city.

So the good times come to an end and its time to say goodbye to Myanmar. As you are driven back to the airport, looking at the people going about their daily chores, you will find many reasons to return to Myanmar and explore from north to south, east to west. Yes, we are waiting for you! Have a safe flight and see you soonest! 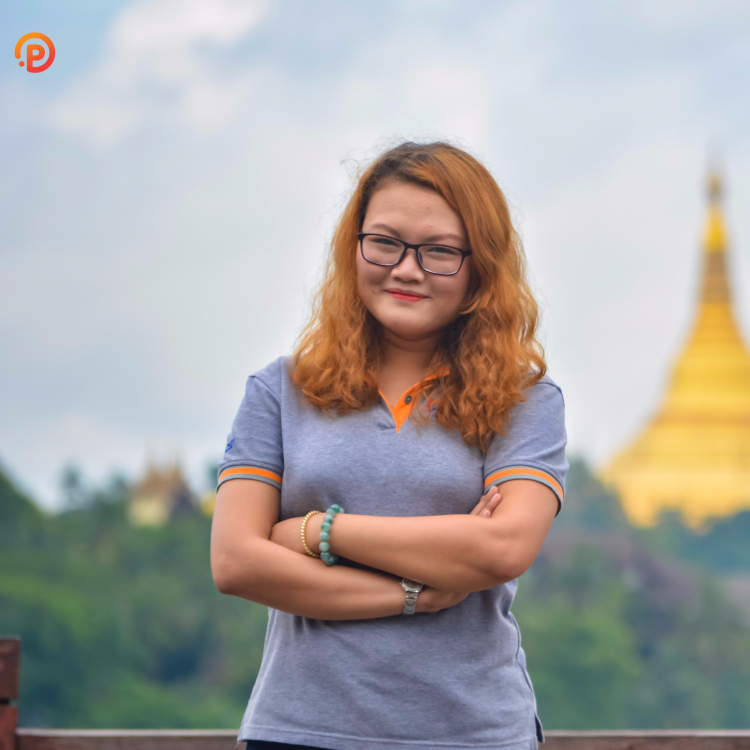 Hello. If you'd like to chat about this holiday or need help finding one we're very happy to help. Shun Wutyi @ Veronika & team. 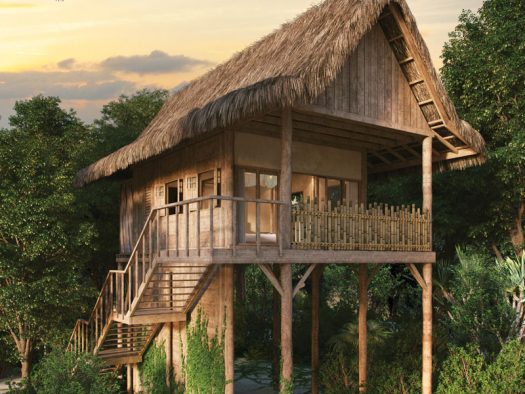 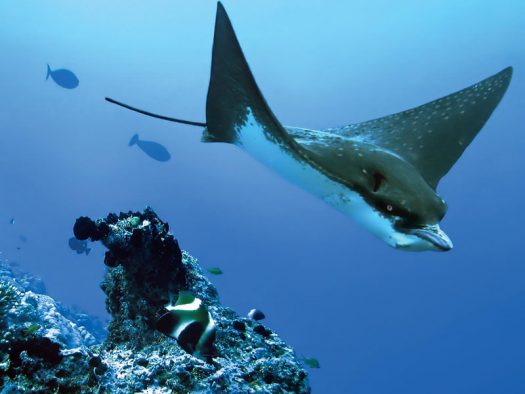 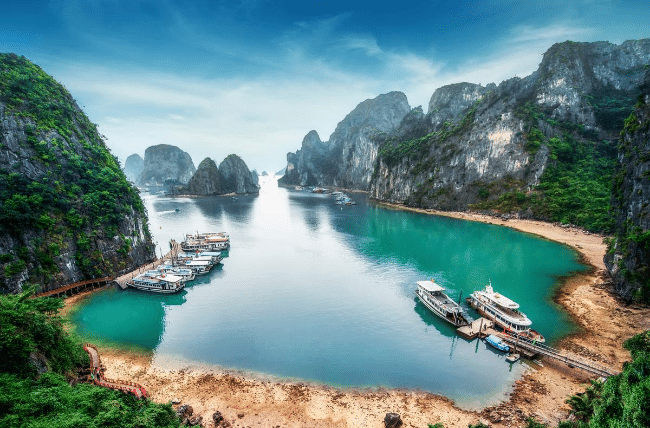