Come to the pristine islands of the Myeik Archipelago and Lampi Island, in the Tanintharyi Region of southern Myanmar. Here you can explore Lampi Marine National Park. An oasis set in the Andaman Sea; it is a protected land rich in biodiversity. Lampi covers a group of islands thick with tropical evergreen rainforests and surrounded by an extensive coral reef system.

Even though the archipelago was officially opened to international tourists only in 1997, this area remains largely unexplored. Lampi Island has a rocky coastline, with beautiful sandy beaches, bays, and inlets. The park was declared an ASEAN Heritage Park in 2003. It protects dunes and beaches, evergreen and mangrove forests, seagrasses and coral reefs.

With the incredible coral reefs, seaweeds and seagrass beds, this area is a precious habitat for crustaceans, mollusks, urchins, and much other fish. These species are ecologically important and a source of food for local communities. Surrounding the islands are meadows of seagrass, which help sustain many of the threatened species here. Creatures such as the dugong, green sea turtle and a variety of birds make their home on the island.

The Local Population – The Sea Gypsies

The Moken are an indigenous population, arisen from the Malay people  They have been living in the Myeik archipelago for centuries and are nomadic – roaming from island to island – collecting and trading items gathered from the sea.

When the rainy season hits, they settle on islands that offer adequate shelter, particularly the forested areas that provide enough resources when the seas are to choppy to explore and draw from. They live in huts with stilts, built close to the shore so that they may keep their eye on their boats. During the dry season, they used to spend many months on their boats, gathering their wares. However, these days they tend to use smaller, dug-out canoes and keep closer to the shore during their fishing trips.

Today it is estimated that about 3,000 Moken still inhabit the archipelago, with about 400 living within Lampi National Park, in the villages of Nyaung Wee, Ko Phawt and Makyone Galet. Because of their low population, the Moken have never perceived their resources as limited. Yet they also believe that one should not take more than one needs for subsistence; they are not greedy.

As stewards of the sea, they are known for being exceptional divers – one way they make an income is by collecting sea cucumbers and low tide. As of late, the resources around the islands have become scarcer and the Moken have trouble competing with fishermen from nearby areas that have better equipment.

When to Visit to Lampi

The best time to visit this gorgeous group of islands is during the dry season, from October through May. December through March is the high season that gets the most visitors, with its hot and sunny weather by day and cool temperatures overnight.

What You Will Find in the Park

With over a thousand species of animals, plants and marine life, many of which are globally protected, you will not want for an amazing array of fauna on the islands. Some of the 228 bird species including  4 that are listed as threatened.  Among them are the plain-pouched hornbill and the Wallace hawk-eagle.

In addition, there are 12  amphibians and 35  reptile species. There are three species of sea turtles. Of the 33species of mammals, 5  of them are threatened, according to the International Union for Conservation of Nature, including the dugong and the Sunda pangolin.

Things to Do in Lampi

Conservation in the area remains a focus, and in partnership with the local communities, visitors can explore Lampi Marine National Park by enjoying these activities:

Hiking the Jungles. As there are not yet marked trails in the jungle, it is best to follow a park ranger or a local into the dense vegetation. A hike to the top of one of Lampi’s hills offers spectacular views where the rainforest meets the beach and the sea. Along the way, you will see reptiles, small mammals and birds.

Birdwatching. A birdwatcher’s paradise, Lampi has colonies of Plain-pouched hornbills that roost on Ko Phawt island. Hundreds of them can be viewed at sunrise or sunset, making for stunning photography.

Canoeing and Boating in the Mangroves. There are two rivers located on the western side of the main island, called the “crocodile” and “tourist” rivers. Take a canoe trip, surrounded by lush mangroves, which are home to a rich variety of birds and marine life. Or, you can board a long-tail boat and have a local take you to all of the best spots in Lampi National Park

Snorkeling and Diving. In several areas within the park, visitors can admire hard corals, coral fish, sea turtles, rays and perhaps even the elusive shark! Diving is mostly done outside of the park with professional, licensed agencies. Or get an organic experience and go fishing with the Moken, who will demonstrate their hunter-gatherer ways of using spears to collect fish, or diving for sea urchins with their bare hands. 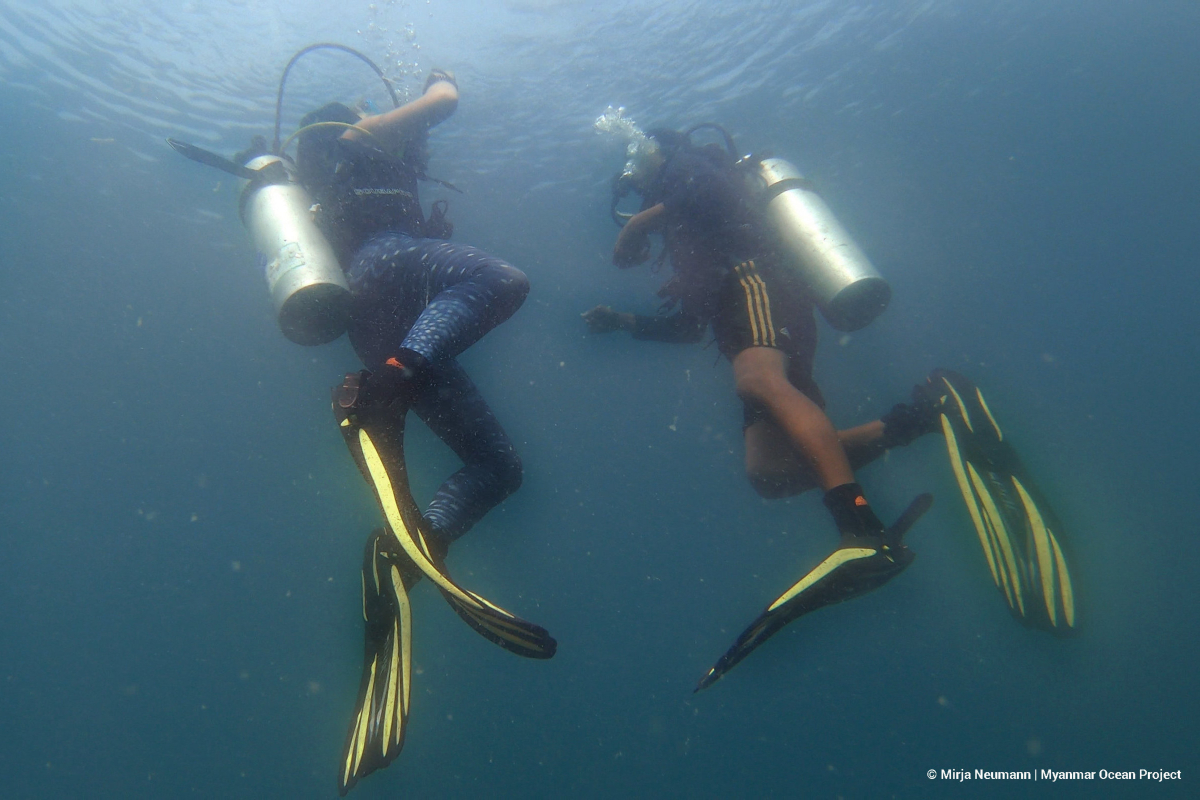 Observing the sea turtles. The waters around Lampi have several sea turtle nesting sites. From January to March, one can observe tracks of egg-laying turtles and during the night it is possible to witness baby sea turtles hatching from their eggs and immediately escaping into the sea.

Visit with the Locals. Immerse yourself in Lampi’s life by visiting the Moken villages of Nyaung Wee and Makyone Galet. Meander along sandy beaches where their stilted huts reside and visit with local residents over fresh coconut water or traditional tea.

How to Get to Lampi Marine National Park

Lampi can be reached from either Thailand or Myanmar.

From Myanmar, the fastest way is by plane from Yangon to Kawthaung, which is a 3-hour flight, with stops in Dawei or Myeik. The cost is approximately USD250-300 round trip. From Kawthaung, board your pre-booked tourist boat to take you to Lampi for weekly cruise or one-day excursion starting from Kawthaung or from some licensed accommodation in the surrounding islands.

From Thailand, enter Myanmar at the Ranong border in a long-tailed boat which will take you to Kawthaung. This boat trip is about 15 minutes and costs approximately 250 Thai baht.

Get Excited and Inspired.